Power generation: Hybrid Energy is the next step

How to move from a fossil-fueled plant to a renewable energy one? 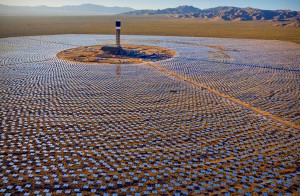 A few months ago, The Conversation published an interesting article by Daniel Cohan, raising the question on whether or not a solar plant that uses natural gas is still green. Ivanpah, the largest solar concentrating plant in the world, began operations in early 2014, but unexpectedly cloudy conditions dampened electricity generation to below-intended levels.

“Soon after operating, Ivanpah petitioned the California Energy Commission to increase its use of natural gas. The commission’staff analysis noted tat the request would increase the plant’s carbon dioxide equivalent emissions limit from 62 pounds per megawatt-hour (lb/MWh) to 75 lb/MWh. Of course, actual emissions are lower if sunnier conditions negate the need of extra natural gas use and increase solar output.” [source: The Conversation].

Criticism around Ivanpah fueled the debate around what can be still considered green. Indeed, the use of a nonrenewable fossil fuel, such as natural gas, increases CO2 and methane emissions. However, at the moment, the sole use of renewables does not offer as much reliability and flexibility as needed from the grid and industrial plants. “Unless we expect to switch to renewable fuels overnight, which is unrealistic, fossil fuels will remain a major part of our energy mix in the decades ahead” states Daniel Cohan in his article. 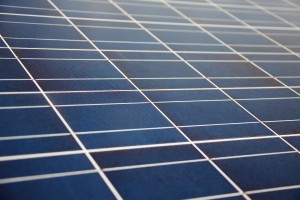 The use of natural gas to complement renewables, in fact, shows a trend toward what Cohan calls “speckled green” energy generation – approaches that are not completely green, but in which natural gas enables more widespread, reliable, and affordable deployments of renewables.  The world needs an alternative that helps plants in their transition toward the renewable energy use. Ivanpah relies on the joint deployment of natural gas and solar energy, referred as “hybrid solar” plant. Similarly, S2nrg has developed Integrated Hybrid Energy (IHE) projects; IHE combines the energy contained in industrial wasted power streams with other types of renewable energy sources. It’s called Industrial Renewable Energy.

Through the joint deployment of traditional sources of energy and renewables, industrial plants implementing Integrated Hybrid Energy projects can benefit from an increase in efficiency as well as from a decrease in greenhouse gas emission, while maintaining the privilege of a constant, reliable and flexible source of energy. 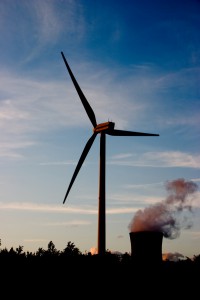 The world is certainly moving toward the use of renewables but at the current stage, plants can neither magically switch in a blink, nor functionally work without reliable, constant and flexible sources of power. We are certainly in the phase where transitional technology – that use hybrid energy generation systems – is needed in order to move from dirty power to clean power. In the meantime, if you hear about “speckled green”, don’t be worried: it just means that the transition is in process and plants have started polishing.